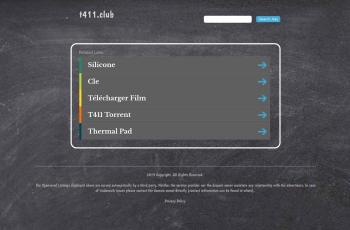 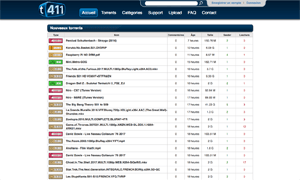 A remake of the defunct torrent site T411 was created and can be accessed on T411.si. The team behind T411 v2 is working on a fully functional T411 replacement. It currently provides essential features such as user registration, upload and torrent download.

The new site takes on the same design as the original T411, with some notable differences. The torrent detail pages are more legible, the registration of an account is no longer obligatory, and the torrent tracker becomes obsolete. T411 SI does not run a tracker anymore and provides magnet links only. 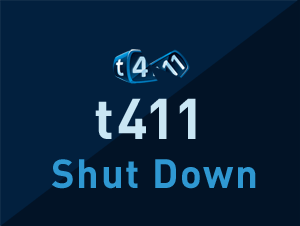 Some people on Twitter assume that t411.al is in maintenance and switching to new servers.

The sites wiki (wiki.t411.al) came back online during the day of June 26. Nevertheless, the website of T411 is still offline. 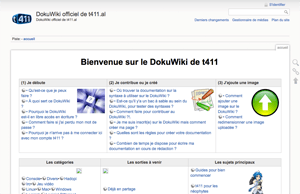 More information about T411 site and tracker status can be found on the unofficial T411 monitor site. This site tracks T411 website status, torrent tracker status, T411 forum, the IRC and API availability. T411.xyz says very clearly that the website is not official and has no connection with t411.al.

T411 (aka Torrent 411) is a popular semi-private French torrent site. The torrent site’s slogan is Les pages jaunes du torrent, or The Yellow Pages of the Torrent in English; the 411 in Torrent411 refers to the “White Pages” telephone directory information number in Canada.

The former official domain t411.me and t411.io are not longer used by T411. These domains redirect to t411.li, a site operated by scammers.

The site is blocked in France but can be accessed by using a T411 proxy site.

Access T411 with these proxies when www.t411.al is blocked by your ISP, company, or university. Find more torrent proxies sorted by speed on T411's proxy list.

T411 has been blocked by ISPs across the globe. Torrent proxies and mirrors are hosted in countries where T411 is not blocked (yet).

Legit and save T411 sites

There are T411 proxy sites, alternative URLs and mirror sites. Some of them are legit and trustworthy while others may harm a visitors computer or try to make profit by misleading users to malicious adverts.

How do you know which T411 site you can use safely?

T411 was shut down by French authorities. Users a switching to alternatives like Yggtorrent, Torrent9 and OMG torrent.

A NodeJs proxy to download from T411 in Sonarr.

Do you know a T411 profile? Please leave it in the comments.