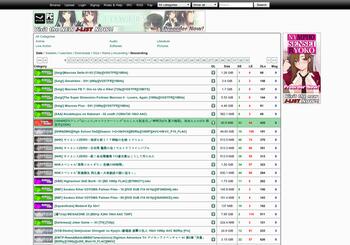 The Nyaa replacement Nyaa.si has become one of the most popular successor of the defunct anime torrent site NyaaTorrents.

Nyaa.si started a while after a first Nyaa Pantsu mirror appeared in 2017. The Nyaa variant is supported by fansub group HorribleSubs.

Nyaa is down (Update)

Nyaa’s website is down since May 1, 2017. The whois records of Nyaa.se, Nyaa.eu and other Nyaa domains state the domains are deactivated. The anime torrent site shut down without an official statement about what happend to the site and it’s domain names. Later the site’s staff confirmed via IRC that the owner took it down voluntarily. Torrent users who can’t access the anime site discuss if Nyaa will return any time soon. Meanwhile many Nyaa se users are looking for Nyaa alternatives and join anime torrent sites like BakaBT, HorribleSubs and Tokyo Toshokan. HorribleSubs recommends to use magnet links for all Nyaa torrents.

The domains Nyaa.se and Nyaa.eu don’t have name servers set and do not point to a website at the moment.

An announcement of NyaaTorrents mods reads:

On May 1, 2017, NyaaTorrents officially ceased operations.
At time of this writing, nothing remains of the site. These are actions taken by the owner of the site and not a result of some form of internal subversion or engagement by government or legal entities.
The exact reasons for shutdown remain a mystery to all but the anonymous owner, but remaining former NT associates are led to believe that based on the circumstances surrounding closure, it was in response to recent court rulings that had the potential to affect site operations in the future. Rather than face this possibility, and any repercussions it would have on all parties involved, the owner decided to bring everything to a complete end. Based on operating principles, nothing will remain of the original site and all content, to include back-end, front-end, and all databases, has likely been purged.

There are no plans to continue any activity under the NyaaTorrents banner.
Any projects that occur from here on out are not associated with the original site.

The above serves as an official statement by what remains of the site.
Further questions can be directed via IRC to those remaining in #NyaaTorrents on irc.rizon.net.

NyaaTorrents is a BitTorrent community focused on Eastern Asian media including anime, manga, literature and music. Nyaa Anime is one of the largest public anime-dedicated torrent indexes.

Explicit adult content of Nyaa (18+) can be found on sukebei.nyaa.si.

Access Nyaa Torrents with these proxies when nyaa.se is blocked by your ISP, company, or university. Find more torrent proxies sorted by speed on Nyaa Torrents's proxy list.

Nyaa Torrents has been blocked by ISPs across the globe. Torrent proxies and mirrors are hosted in countries where Nyaa Torrents is not blocked (yet).

Official domains used as an alternative to nyaa.se in 2021.

Legit and save Nyaa Torrents sites

There are Nyaa Torrents proxy sites, alternative URLs and mirror sites. Some of them are legit and trustworthy while others may harm a visitors computer or try to make profit by misleading users to malicious adverts.

How do you know which Nyaa Torrents site you can use safely?

The sites Nyaa Pantsu and Nyaa.si go online as a mirror for Nyaa torrent files.

In May 2017 the anime torrent site Nyaa went offline without official statement. All Nyaa domains where deactivated (.se, .eu and .org down).

A light abstraction of the search and view functions of NyaaTorrents. It can search the main site and the Nyaa sukebei variant.

Do you know a Nyaa Torrents profile? Please leave it in the comments.